I'm a 30-something guy from Sweden and I've been building speakers for a many years now and at the rate I keep learning new stuff I don't think I'll ever get bored of it. Even as a kid I remember playing with old drivers I salvaged from various electronics, putting them in cardboard boxes or hacking them to pieces to see how they worked. My dad was building speakers as I grew up, and I still remember the ones he built for me. Made out old CD storage shelves using no-name drivers. They were amazing in their simplicity.

Today I still find the mechanics of a loudspeaker driver to be fascinating. They are so primitive and yet capable of recreating something as beautiful as music. Even though the basic parts of an electromechanical driver are the same now as they were, say, a 100 years ago, the material research and refinement never cease.

The first serious speaker I built was an isobaric ported sub woofer box using two no-name car audio woofers. It turned out pretty well and shortly after that, Swift (as presented on this page) followed and that was my main system for quite a while. Most speakers I've built after that hasn't been for myself, but for friends or family or just for fun. Some projects I haven't presented here includes two 90-liter bass modules that can could play 20 Hz at 120+ dB, and an open baffle sub woofer/coffe table.

I don't want to stop doing this and I must say I dream of being able to make a living out of speaker design in the future. But whatever happens I'll keep building. There's nothing better than seeing what was once just an idea, now materialized in front of you, playing graciously your favorite tune...

My reference system was for a long time a pair of Philips DSS930 Special Edition, which are fully active, DSP-controlled speakers. Great speakers which were way ahead at the time of release in the 90's. 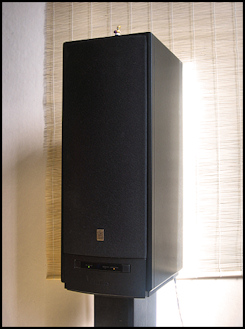 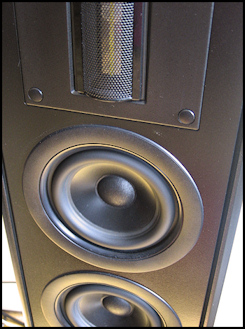 High excursion five inch woofers and a true ribbon tweeter in a 2.5 way config. The cabinets are sealed and very well built. The digital amps and electronics are on the back. Only 700 (or was it 800?) speakers were made. Signed owner certificates and measurement reports were included!

When I drive passive speakers I do it through a Behringer SRC2496 DAC to a Behringer A500 amplifier. It is neutral enough for making crossover adjustments or detecting any flaws in your speaker, even though I prefer a bit more warmth when actually listening to music.

Measurements are done with a Behringer ECM8000 microphone through a USB interface straight into the computer. For my speaker designs I use LSPCad for the crossover simulations and 3D Studio MAX for design and Solidworks for pre-construction.